From Kirara Fantasia
Jump to navigation Jump to search

The Crea Craft is the biggest feature that was implemented with the update to Ver.2.0.0 on 28 February 2020. Some other new features are strongly connected to the Crea Craft system, namingly:

There are also some other smaller features linked to the Crea Craft: You can unlock several User Titles by doing Crea Craft, some Room Items are only available via doing Crea Craft and you can gather Crea Coins, a new item that is tradable in the Trade Shop.

When all the characters are summoned to Etoilia, they find themselves in an unknown world. To make it more comfortable to live in this unknown world, all of the characters want to live or work in a building that reminds them of the original world they are from. These buildings are the Series Buildings.

While this game's developers devide the Crea Craft process into 6 different steps that need to be repeated endlessly, it's also possible to think of them as only 2 steps:

What follows next is a detailed explanation of these two steps.

The Crea Craft starts with gathering Crea, a special form of energy. Storywise, this energy is the source of vitality in Etoilia, gameplay wise, it's something similar to EXP. Though both is called Crea, it's unclear whether the storywise meaning of Crea is the same as its gameplay wise meaning.

So how do you gain Crea? To obtain Crea of a specific series, you must form a party with characters from that series and clear quests (this can be any quest). You will then receive Crea just like you receive Experience and Friendship Points. In addition, using 5★ Characters and characters with Awakening levels will increase the amount of Crea that you receive. For details of how much Crea you gain, Rephu found a Formula by testing various party formations.

Once you reach a certain amount of Crea of a series, the Result Screen of the Quest will like this:

Until you finish this Craft Quest, you can't gather Crea of this series anymore, thus finishing the Craft Quest as soon as possible is recommended.

So how do you finish the Craft Quest? You need to do the following steps: 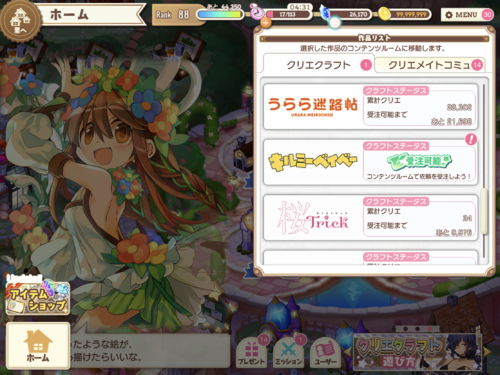 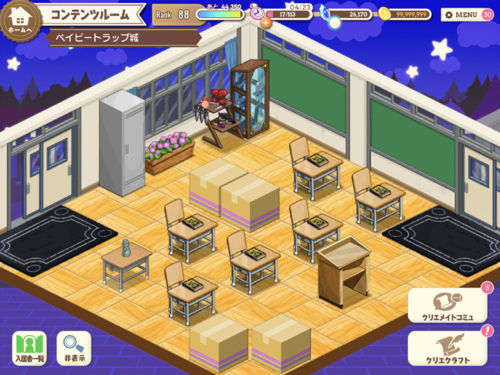 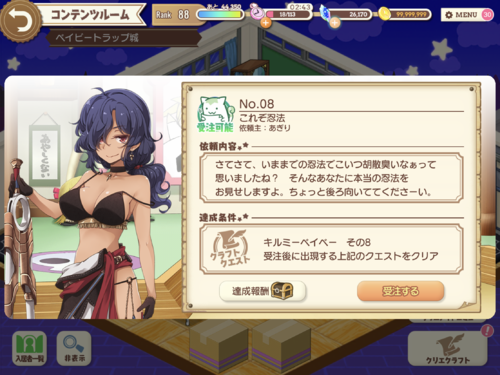 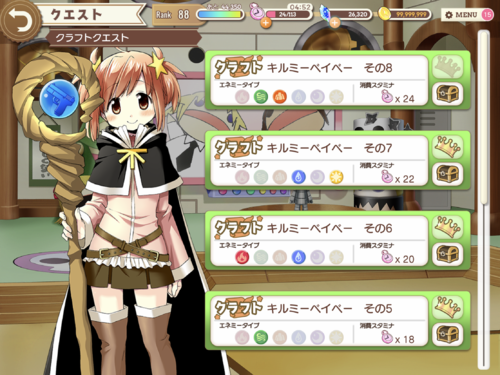 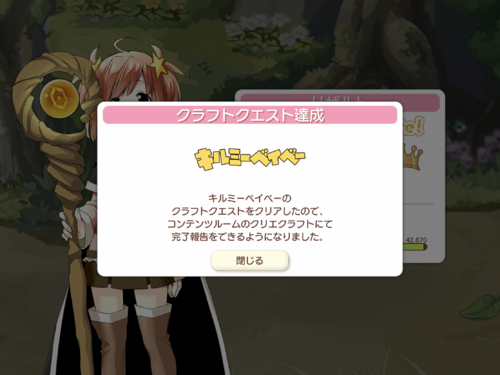 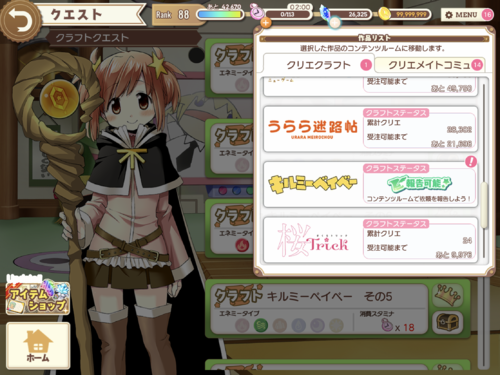 Once you have finished these steps, Craft Quest is finished and you can collect Crea for this series once again.

Now you need to repeat the two steps of "Collecting Crea" and "Doing Craft Quests".

The first time you finish a Craft Quest for a Series, you unlock the Crea Orb of that series, which will be at level 1. Every further time you unlock and finish another Craft Quest of this series, the level of that Crea Orb increases by 1, until it eventually reaches level 10.

The following table displays the amount of Crea needed for each level of the Crea Orb (these steps are the reason why the developpers divided the progress into 6 steps):

Besides the things mentioned in the Notes, there are some other rewards for each and every Orb level. Every Craft Quest gives you a Craft Medal, and some Craft Quests unlock some Room Items for the Room Shop. For a list of all rewards, see here.

For a list of all Orb Skills, see Crea Orbs.

Once a series Crea Orb reaches Orb level 10, the Bonus Craft gets unlocked.

The Bonus Craft is basically the same as an 11th level for the Crea Orb, only that the Crea Orb itself doesn't change anymore. You simply collect further Crea for a finished series, and for every 200,000 Crea you get to beat the Bonus Craft Quest. This as well is just another regular quest. By this, you can gather Craft Medals to trade in for items in the Trade Shop.

Thanks to the Bonus Craft, the process of collecting Crea can be continued endlessly beyond maxing a Crea Orb out.

The following list contains all series who have their Crea unlocked:

Retrieved from "https://kirarafantasia.miraheze.org/w/index.php?title=Crea_Craft&oldid=13253"
Cookies help us deliver our services. By using our services, you agree to our use of cookies.